It’s become most evident in the entertainment world.

And one singer who disrespected the American flag did something that will leave you speechless.

Ever since former NFL quarterback Colin Kaepernick started the anti-American anthem protests, other high-profile figures on the left joined in.

Suddenly it became mainstream to hate America and the flag.

However, Gray just recently performed the national anthem at the NBA all-star weekend in Cleveland.

Singing the national anthem surrounded by American flags is a far cry from last year when the flag was outdated and stood as a symbol of hate.

Gray proposed adding two stars to advocate for D.C. and Puerto Rico’s statehood, changing the white stripes to off-white because America is not pure, and changing the stars to represent different skin tones. 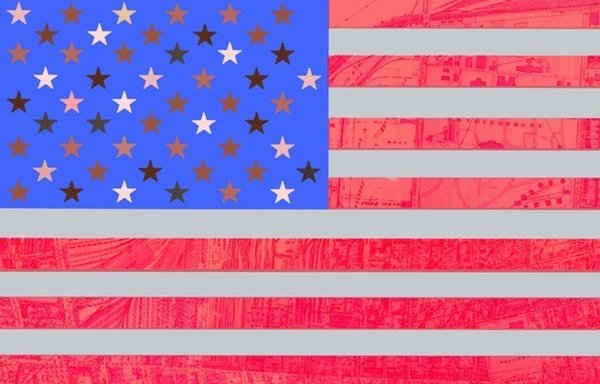 Gray reasoned in an op-ed for MarketWatch:

“President Biden, Madame Harris and members of Congress: the American flag has been hijacked as code for a specific belief. God bless those believers, they can have it. Like the Confederate, it is tattered, dated, divisive, and incorrect. It no longer represents democracy and freedom. It no longer represents ALL of us. It’s not fair to be forced to honor it. It’s time for a new flag.”

This is a prime example of the left’s malignant narcissism.

The left seems to be concerned with democracy, yet it’s the left always trying to cram down progressive policies and new cultural norms on the rest of society.

Gray’s proposal also illustrates the natural progression of the left.

In 2016, when Kaepernick first kneeled during the national anthem, leftists claimed he was simply protesting police brutality, not dishonoring the flag.

Five years later, leftists like Gray want to get rid of the flag altogether.

But the backlash to such radical proposals could be forcing some liberals to tamp down their rhetoric.