It’s even worse in Hollywood where the “woke” rule the roost.

And one Trump-hating celebrity’s online harassment almost led to something shocking.

Several brands have walked away from her amid allegations of cruel bullying.

Teigen and her husband, musician John Legend, spent the last four years railing against Donald Trump in the most profane ways.

Now Teigen is being “canceled” for her despicable bullying campaigns.

And another victim is coming forward: fashion designer Michael Costello.

Costello was a regular on the reality series Project Runway, but he had his career derailed when a disgruntled former employee photoshopped a social media post of him using the N-word.

Despite the picture being false, Teigen made it her mission to destroy Costello, so much so that he contemplated committing suicide.

Costello said in an Instagram thread that Teigen and her stylist Monica Rose had “gone out of their way to threaten people and brands that, if they were in any shape or form associated with me, they would not work with any of them.”

Costello also shared the direct messages that he sent to Teigen, and her heartless responses. 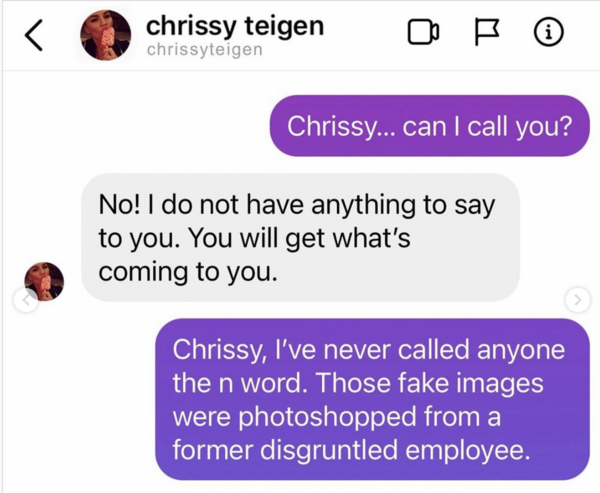 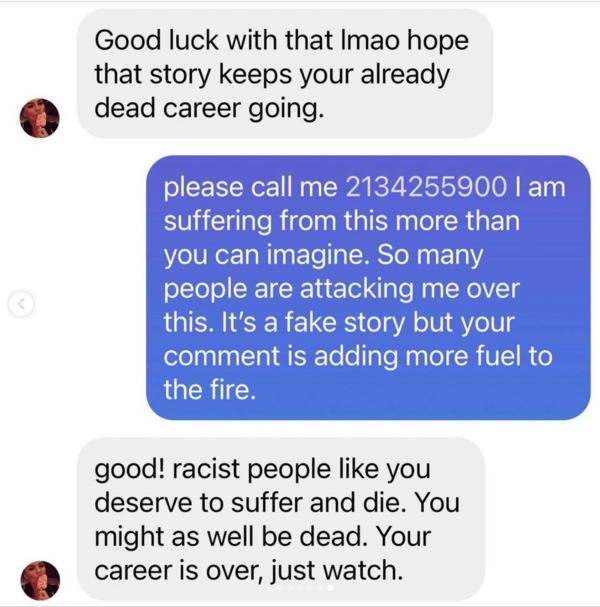 “So many nights I stayed awake, wanting to kill myself…I didn’t see the point of living. There was no way I can ever escape from being the target of the powerful elites in Hollywood, who actually do have powers to close doors with a single text.”

Conservatives within the industry have to be quiet about their views lest they get “canceled.”

And because Hollywood is such a small community, a bad reputation can destroy someone’s career in an instant.

Teigen’s “good girl” image first began to shatter when she deleted tens of thousands of tweets amid the Jeffrey Epstein scandal; old pedophilic “jokes” she tweeted surfaced, and her response was to scrub a myriad of tweets from her account.

Progressives love cancel culture until it turns inward on them.

All of a sudden, it’s not so fun anymore.

Teigen apologized again, this time in a post on the site Medium.

But wishing death on 16-year-old girls and fashion designers for no reason goes far beyond trolling.

This is the culture that the Left is trying to graft onto all of society.

They want to eliminate a culture of forgiveness and grace.

If Teigen is truly sorry, she might want to stop throwing people on cancel culture pyre.