The NFL is going down the drain.

The league has decided to give into progressivism.

Now the league destroyed its brand with one insane political move.

The NFL has decided to bend the knee to the “woke” mob that largely despises football.

It’s only been downhill since the league did little to quell the anti-American anthem protests ignited by Colin Kaepernick.

Then the league started to add men to cheerleading squads.

The Los Angeles Rams became the first team to have male cheerleaders at the Super Bowl.

The league also released an ad expressing that “football is gay.”

Now the Carolina Panthers are introducing a transgender cheerleader.

“The first openly transgender cheerleader has joined an NFL team – a ‘big’ moment that she says she hopes will inspire others on and off the gridiron. Justine Lindsay, 29, said in an interview Saturday that she’s proud to “break down that door” for future trans athletes by joining the cheerleading squad for the Carolina Panthers’ TopCats…Though Lindsay indicated she was transgender on her application, TopCats director Chandalae Lanouette said it was her skill as a cheerleader that got her on the team.” 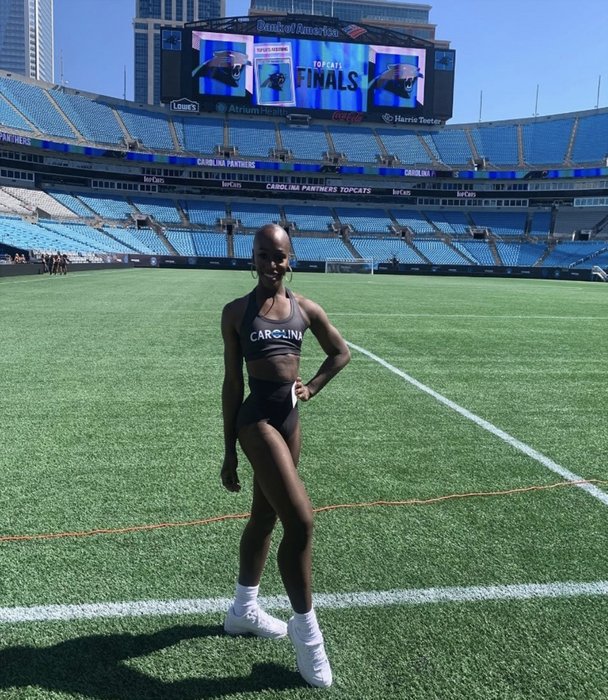 Lindsay said, “I just felt like when I posted it, whatever reaction I get from everyone, it does not matter…And then my phone started blowing up…This is big…I think more people need to see this. It’s not because I want recognition. It’s just to shed light on what’s going on in the world…I’m happy because I was able to break down that door and tell people, ‘Hey, we are not just sexual beings. We are actual human beings who want to better ourselves.’ I felt like, why not tell the world: ‘Hey, listen, this is a great accomplishment.’”

The expansionist ideology of leftism knows no bounds.

Everything must satisfy all of the conditions of the progressive left.

Topcats’ director Chandalae Lanouette, the Topcats’ director, said of her decision to selecting Lindsay, “My goal is to create a team of individuals that are absolute fire on the field but are incredible human beings in the locker room, good friends, good people, and at the end of the day, you have to walk through the door first to get to that spot.”

The NFL has caved to the “woke” mob on multiple fronts, and it hasn’t done them much good.

The league is still being sued for discriminating against black coaches; former Miami Dolphins head coach Brian Flores believes he was only given token interviews to satisfy the NFL’s Rooney Rule.

Now the league requires at least one minority or female assistant coach on the offensive side of the ball for every coaching staff, which is insane.

Pro sports are the ultimate meritocracy, but that is quickly being eroded by wokeness.