Protests against the country have broken out in several sports.

And an Olympic athlete is planning one disgusting anti-American protest.

Former NFL quarterback Colin Kaepernick ignited the tinder of anti-American hatred when he kneeled for the national anthem in 2016.

Since then, many athletes have followed his league in disrespecting the country.

And Chelsea Wolfe—a transgender freestyle BMX rider who is an alternate on the U.S. Olympic team—fantasized about disgracing the country in the worst way possible.

“My goal is to win the Olympics so I can burn a US flag on the podium.” 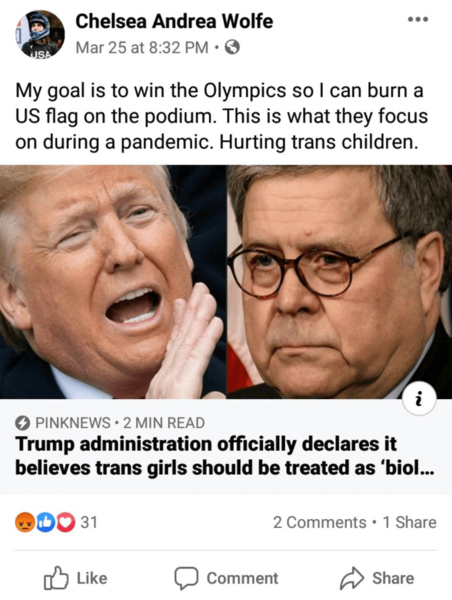 Wolfe went even further and floated the idea of Donald Trump being assassinated. 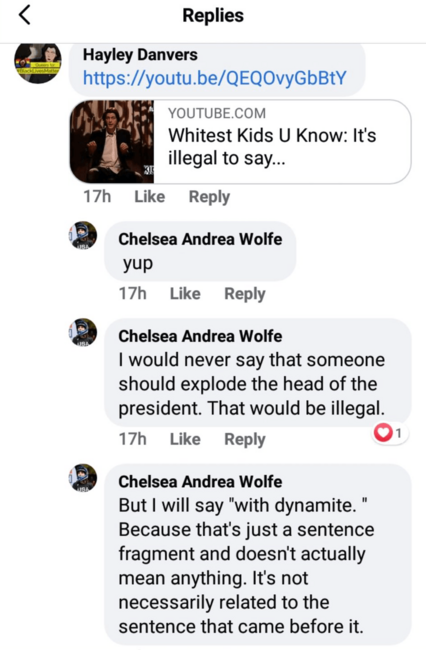 In response to the backlash, Wolfe told Fox News:

“Anyone who thinks that I don’t care about the United States is sorely mistaken…One of the reasons why I work so hard to represent the United States in international competition is to show the world that this country has morals and values, that it’s not all of the bad things that we’re known for. I take a stand against fascism because I care about this country, and I’m not going to let it fall into the hands of fascists after so many people have fought and sacrificed to prevent fascism from taking hold abroad. As a citizen who wants to be proud of my home country, I’m sure as hell not going to let it take hold here.”

The leftists fighting fascists need to take a hard look in the mirror.

The Summer Games in Tokyo will likely be rife with controversy due to the inclusion of transgender competitors.

Caitlyn Jenner, who won Olympic gold as Bruce Jenner in the Decathlon, believes it’s unfair for biological males to compete against biological females.

“This is a question of fairness…That’s why I oppose biological boys who are trans competing in girls’ sports in school. It just isn’t fair. And we have to protect girls’ sports in our schools.”

Leftists are using the radical transgender movement as yet another assault on free markets and American culture more broadly.

It’s not an accident that the most vocal transgender activists also happen to be rabid Marxists.