The establishment is determined to extend crippling COVID-19 restrictions for as long as possible.

But Americans are anxious to resume their lives.

UFC president Dana White defied all of his critics and held events during COVID-19 hysteria without any outbreaks.

The media swore up and down that he was being irresponsible, but his plan went off without a hitch and he let them know about it.

White, who supported Donald Trump in 2016 and 2020, organized his most recent UFC event in Jacksonville, Florida where Governor Ron DeSantis has handled COVID better than any governor in America.

Democrats and their media allies have struggled to grapple with the fact that DeSantis has done so well, and they were even more upset that UFC came to town with nary a mask in sight.

Worse yet, two of the Democrats’ favorite whipping boys attended the event.

Tom Brady, who rankled liberals in 2016 when he had a MAGA hat in his locker and said he hoped Trump won, appeared at the event. 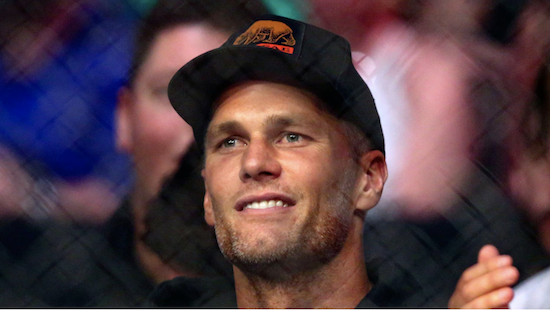 And Tim Tebow, a staunch pro-life advocate, was also in attendance.

Democrats have made it clear that they intend to extend the pandemic as much as possible in order to justify exorbitant spending and other restrictions they would love to make permanent.

Joe Biden wants to spend an additional $6 trillion on top of the already bloated budget of $4 trillion.

The corporate press tried to sell Biden as a moderate, but he and the Democrats have proposed some of the most radical policies ever seen.

The Left has also made it clear that they want to dangle freedom in front of people as a carrot to get the vaccine.

They can’t stand the sight of people resuming their normal lives and living without fear.

As for the event itself, the fight was over after only 17 seconds because Chris Weidman broke his leg in the most gruesome fashion possible.

That certainly isn’t the way Uriah Hall wanted to win the fight, and he was incredibly gracious in victory.